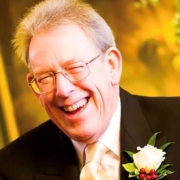 Peter attended Warwick School and met his wife, Lesley, whilst on a trip to London with a friend. Lesley fondly remembers spending most of that weekend cooking – a skill immensely appreciated by the ever practical Peter.

He completed his accounting exams whilst Lesley finished her degree, largely due to her encouragement – and much to his mother’s delight. They then moved to their family home in Burton Green in 1977, and had two children; Judith, followed by Richard.

Peter always took being part of community seriously, and alongside working for Riding for the Disabled, he became treasurer to the Village Hall Committee, where he remained for 30 years. As he retired, he worked part-time for FACE (later “LEAF”) and for the Arthur Rank Centre.

Revd. Claire Maxim, Chief Executive of ARC, said; “We appreciated his care, his patience in answering daft questions about finance, his dedication to ensuring as Company Secretary that all things were under control.

“He had a great sense of fun, and we are glad that his wife, Lesley, has shared a photo of him at his daughter’s wedding – happy and laughing, which is how (apart from his ‘concentration face’) we remember him.”

Mrs Lesley Tacon added that; “Peter chose to continue working when he didn’t need to, because he enjoyed his work with ARC colleagues. Please pass on my heartfelt thanks to everyone for their kindness”.

Peter is to be buried today, 3 September, at the church where he and Lesley married in Donyatt, Somerset. He will be greatly missed. 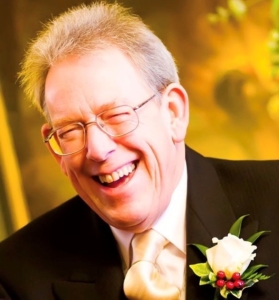